The store will not work correctly in the case when cookies are disabled.
Menu
Account
Settings
Language
Slovenski

Buddha – Life and work of the Forerunner in India

23,00 €
Shipping Prices
Skip to the end of the images gallery 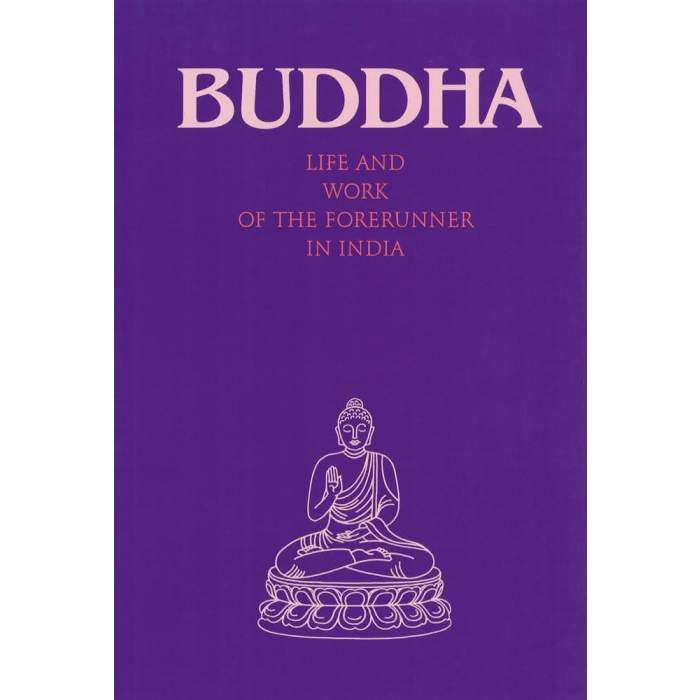 This was the task of the Forerunners:
Hjalfdar in prehistoric times
Zoroaster in Iran
Lao-tse in China
Buddha in India
Mohammed in Arabia

Their teachings were long ago willed by God, exactly adapted to their peoples and countries, and formed according to their spiritual maturity at the time.
These writings about the destinies of these Forerunners show clearly, free from prejudices and distortions, their earth-lives, their growing and working in the service of the Light, and their feirce inner struggles just as they were; for the time has come when in the closing of the cycle of all happenings they bear witness to the Word of Truth which has ever again been distorted by mankind.
The unprejudiced reader will perceive how new spiritual paths open up here for him personally.
Preview

Brisk activity reigned in the Palace at Kapilavastu. The Prince was expected back from a hunting expedition.

He had already been away ten days, he, the centre of his family, of the court and of the realm. What could have happened to him in that time? Never before had he been absent for so long.

“When is Father coming?” little Rahula had asked countless times throughout the day, nestling now against his mother’s knees, now in his ayah’s arms.

Neither knew what to answer, and they comforted him with all kinds of tit-bits. But his mother, the beautiful Princess Maya, went ever more frequently to the high apertures from which it was possible to look down into the valley.

“Siddharta, why do you stay away so long?” she lamented.

But her cries and lamentations did not bring her husband back. Just as little did her tears, which flowed ceaselessly as the days passed without news.

Maya had covered her head, with its long shining, blue-black tresses, with white veils, and refused to take any food. But the old ayah scolded her:

“You must not lose heart, my Princess, my flower! Take off the widow’s veil. It is not time to wear it yet.”

Watha threw herself at the feet of her mistress, whom she had served from birth, and begged her to take some food.

Then joyful cries and the clear sound of horns rang out. Gongs were sounded. The listening women could be in no doubt: The Prince was returning!

Maya rushed eagerly to her look-out, but all she saw was an imposing retinue of horsemen riding into the Palace courtyard. Just then Kapila, the faithful old servant, came running up to his mistress; folding his arms across his breast he bowed low and announced:

“The Prince will arrive before the sun has set. He has sent the trophies of the chase and part of the baggage train in advance, because he himself is taking a roundabout way home.”

And now the Palace began to bustle with activity. The spoils of the chase were unloaded, examined and discussed. Riding-animals and hunting-birds were put in their stalls. All this did not proceed without chatter. There was so much to tell, after being parted for more than ten days. In addition, everything had to be arranged in the most perfect way for the reception of the Prince. The whole Palace was to be resplendent!

It was beautiful, this Palace, fabulously beautiful, made entirely of white stone. Built on one of the foothills of the rugged, snow-covered range of mountains which they called the Himalayas, it commanded a wide view over the valley, in whose fertile plain the great river carried its waters towards the distant sea.

This white castle, which stood out luminously against the dark, almost gloomy background, could be seen from afar. It lay amidst carefully tended gardens. Large flowers wound themselves round tall trees, climbed from treetop to treetop, forming archways through which one could walk, enveloped in fragrance.

Delicious fruits thrived in these gardens. The vigilance of a large number of servants kept away poisonous snakes and small harmful animals.

From time immemorial the Palace had been the home of the princely line of the Tshakya, who held dominion over the glorious plains of the Ganges, right into the Himalaya mountains. Prosperity and happiness had always attended the Tshakya-princes, who liked to call themselves Gautama. Under the leadership of the present Prince, Siddharta, who was loved by all, prosperity had changed to wealth, happiness to earthly bliss.